What Does the Green Recovery Plan Mean for the Future of the UK? 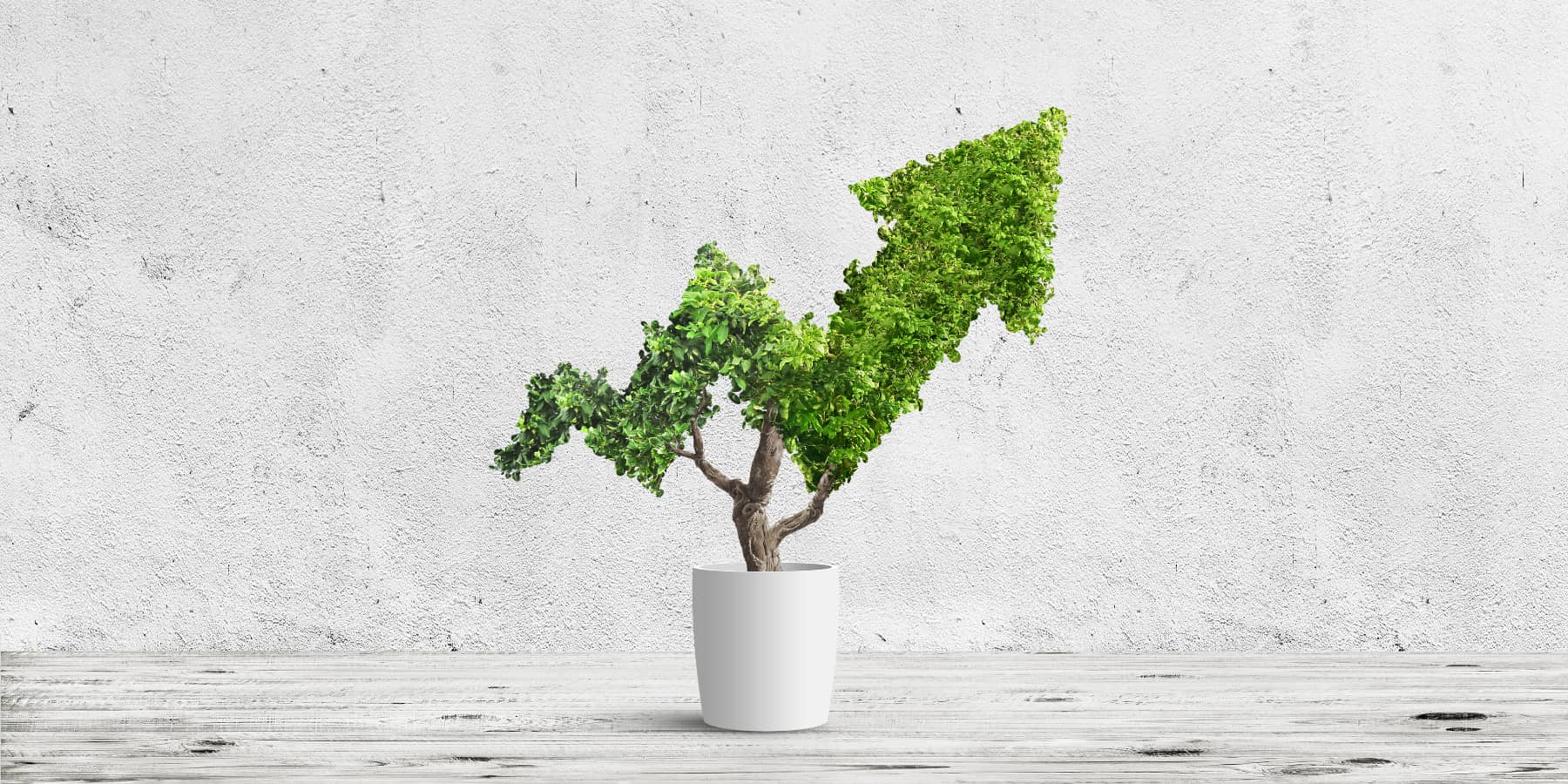 It’s fair to say that the Coronavirus has changed our lives like nothing else in recent memory.

And frankly, many of the longer-term social, economic, and environmental impacts are still yet to be realised.

But from the chaos of a pandemic that quickly sent the entire world into lockdown, many countries are looking to renewable energy and green technologies to jump-start their economies – and accelerate towards their climate goals in the process.

Following the Labour Party’s announcement that they were a devising a plan for a ‘zero-carbon army’ and 200 of the top UK businesses calling for a stimulus package that prioritises clean technologies, Boris Johnson announced that the COVID-19 recovery plan – at least in theory - would be a green one.

Exactly what will be included in the final plan is yet to be revealed; however, much of the discussion has focused on renewable energy, investment in electric vehicle infrastructure and manufacturing, new energy efficiency initiatives, and reskilling the workforce to drive a low-carbon economy.

While the government is holding ‘recovery roundtables’ with business, academic, and trade bodies to work out the nuts and bolts of the stimulus package, let’s take a look at what a green recovery plan might include – and what the UK might look like in a post COVID-19 world.

What Has Led to the Creation of a Green Recovery Plan?

During the peak of the lockdown as the UK suffered under crippling business and travel restrictions, we witnessed an almost unprecedented decrease in energy demand. Traditional coal and gas generators had to be significantly ramped down, paving the way for newer, more agile renewable energy sources to fill the void.

After significant investments in green energy over the last decade - combined with windy conditions in March and May followed by the sunniest UK month on record - solar and wind energy suddenly showed it was ready for prime-time.

This perfect storm resulted in the UK going coal-free for two months, the first time since the industrial revolution in 1790. The lengthy span also shattering the previous record of 18 days set just a year earlier.

With an economy in freefall and a population suddenly very concerned with air quality, the Labour Party announced it was working on an ambitious COVID-19 recovery package that would drive investment in green technologies, and produce a new generation of ‘green collar’ workers. More recently, the Liberal Democrats proposed their own £150 billion plan, including a call for the UK to source 80% of its energy from renewable sources by 2030.

With mounting economic pressures and a growing focus on the UK’s environmental roadmap, Boris Johnson announced he would soon unveil a green recovery plan that would re-ignite the workforce and avoid a monumental economic collapse.

Just as the clean energy sector helped the UK recover from the GFC – providing a third of economic growth in 2010-11 - the government is once again hoping that green industries will deliver long-term financial benefits - and help to meet its 2050 goal of net-zero emissions.

Technologies and Initiatives Targeted in the Plan

With significant investments in cleantech over the last ten years, the UK has finally emerged as a leader in renewable energy. It is now home to more offshore wind capacity than any other nation and has an impressive pipeline of large-scale projects awaiting construction.

In addition to wind power, another primary source of clean energy, solar PV, grown almost exponentially in the UK - increasing from a meagre 95 megawatts in 2010 to nearly 14,000 megawatts in 2020. In April this year, solar power alone provided 30% of the UK’s total power supply, a figure that broke all previous records but is unlikely to remain unbeaten for very long. The Solar Trade Association recently called on the government to increase this figure to 40,000 megawatts by 2030, in order to stay on track for a net-zero target.

Some of the new initiatives under consideration:

In the leadup to the announcement of the green stimulus package, the government has already launched other initiatives, such as a £40 million clean growth fund aimed at supporting green start-ups across the UK. The fund will be used to support new energy storage and smart grid systems, renewable heating and ventilation technologies, and the development of biofuels and bio-energy systems.

“Once again, our industry will play a proactive role in getting the economy back on track, as we move out of lockdown. Renewables are a UK-wide opportunity to have a sustainable, forward-looking recovery and to boost productivity across the economy.” Nathan Bennett of RenewableUK

Members of private industry have also made commitments of their own, with lithium-ion battery manufacturer ‘Britishvolt’ announcing plans to build a large-scale electric vehicle battery factory in Wales – which it says will be one of the largest industrial investments in UK history. Scottish energy giant SSE also announced it would invest £7 billion in clean energy over the next five years, with particular focus on financing and constructing new wind farms.

With both the government and private sector making significant pledges, coupled with Goldman Sachs’ announcement that it expects renewables to overtake oil and gas next year, it’s no longer a question of whether cleantech with thrive or not – it's a case of seeing how high the bar can go.

The Economic and Environmental Benefits of a Green Recovery Plan

With climate change growing in intensity and the economic impact of Coronavirus only partially realised, an effective stimulus package has the chance to accelerate cleantech deployment and keep the job market afloat at the same time. And considering that the UK is now the sixth most attractive nation for renewable energy investment – the timing could hardly be better.

A cross-industry group has called for the stimulus plan to establish a UK-wide hydrogen strategy, which it claims could unlock £1.5 billion in private investment and create 100,000 new jobs. These figures are sure to catch the eyes of policymakers who’ve already been advised that the UK needs at least 120,000 new green jobs just to reach its 2030 climate targets.

The Local Government Association recently produced a report announcing that with the right support, the UK could create 700,000 new cleantech jobs by 2030, and more than 1 million by 2050 – the year in which the UK has pledged to be at net-zero emissions.

And while creating new jobs in any industry is no overnight task - there won’t be any shortage of people looking for work.

Around 1.4 million UK residents are expected to be left unemployed as a direct result of the pandemic - setting the perfect scene for green retraining initiatives to shift the economy in a new direction. Industries such as renewable energy, power networks, electric vehicles, and energy efficiency will be only too happy to make good use of a hungry and newly-skilled workforce.

“A well-designed guarantee of work and training could protect people from lasting damage, support UK skills and support the greening of the economy.” Kathryn Petrie, SMF’s chief economist

The UK has already committed to being carbon-neutral by 2050 – but the green recovery plan will play a pivotal role in whether that goal is actually achieved.

While the deployment of renewables continues to accelerate at an astonishing pace, we still need to turn the dial further to meet our ambitious – and necessary – climate change goals.

In 1990, 75% of the UK’s electricity came from coal, but by 2019, that figure was down to just 2.1%. Renewables now provide between 25% and 45% of the national energy mix, and all remaining coal plants are due to be shut down by 2025. With growing renewable energy investment and the green recovery plan on the way, the next ten years will play a critical role in the UK’s environmental future.

While our electricity sector is rapidly transitioning from fossil fuels to renewables, the transport sector – now the biggest polluter in the UK - still has a long way to go. But based on data from just the last two years, there are some very promising signs of improvement.

Electric passenger vehicles, led by the likes of Tesla, BWM, Renault, and soon, VW, have only recently entered the public consciousness, but already make up more than 10% of new car registrations.

With a stimulus package that will likely contain new incentives to switch from petrol or diesel to electric, and January’s announcement from Boris Johnson that the UK would end sales of non-electric cars by 2035, the number of electric vehicles on our roads will accelerate, one way or another.

How the UK’s Green Recovery Plan Compares to Other Countries

While there are a lot of promising and exciting new ideas being thrown around, some are sceptical that the UK will deliver on its green recovery package.

In December of 2019, the European Union unveiled its new green deal, promising €1 trillion of cleantech investment across 27 countries over the next ten years. The EU is also aiming for net-zero emissions by 2050, but with a 50% reduction of 1990 emissions by 2030. The EU’s stimulus package includes funding to deploy more electric vehicles and charging points, tax breaks for EV’s, draft-proofing for buildings, renewable energy investment, and improving the sustainability of the food system.

Germany, often regarded as the world leader in renewable energy, recently announced a €130 billion COVID-19 stimulus package - €40 billion of which will be spent directly on measures to tackle climate change. Germany also has a 2050 net-zero emissions goal, and already sources around 45% of its electricity from renewables in addition to leading the EU in electric vehicle sales.

After making rapid progress in the last ten years, the UK is no slouch when it comes to renewable energy, electric vehicles, or green infrastructure. And while Boris Johnson’s green recovery plan sounds very much on par with many other countries, we will ultimately judge it not by what it promises – but what it delivers.

What Does the Future Hold for the UK?

As we still come to grips with the social, health, economic, and environmental impacts of the Coronavirus, now is the time we need strong government leadership and a clear plan of the road ahead.

With the final details of the green stimulus package expected shortly, the UK has the rare opportunity to make significant improvements to its energy, transport, building, and financial sectors – and put the nation on track to become completely carbon-neutral.

With the right leadership from government and industry – coupled with the will to make genuine changes - the UK can establish itself as a cleantech powerhouse and build one of the most robust economies in the process.

At some point in time, every UK home, businesses, and vehicle will be powered by clean energy – and the notion of a coal-fired power station will seem as archaic as a coal-powered train.

Hopefully, with the right leadership from government and industry – coupled with an army of new green workers – we'll get there much sooner rather than later.

Matthew Devitt is an eco-copywriter and native Australian, now based in Germany. He’s written extensively on the environment, green technology, renewable energy and sustainability.