What Do Electric Vehicles Mean for the Future of European Transport? 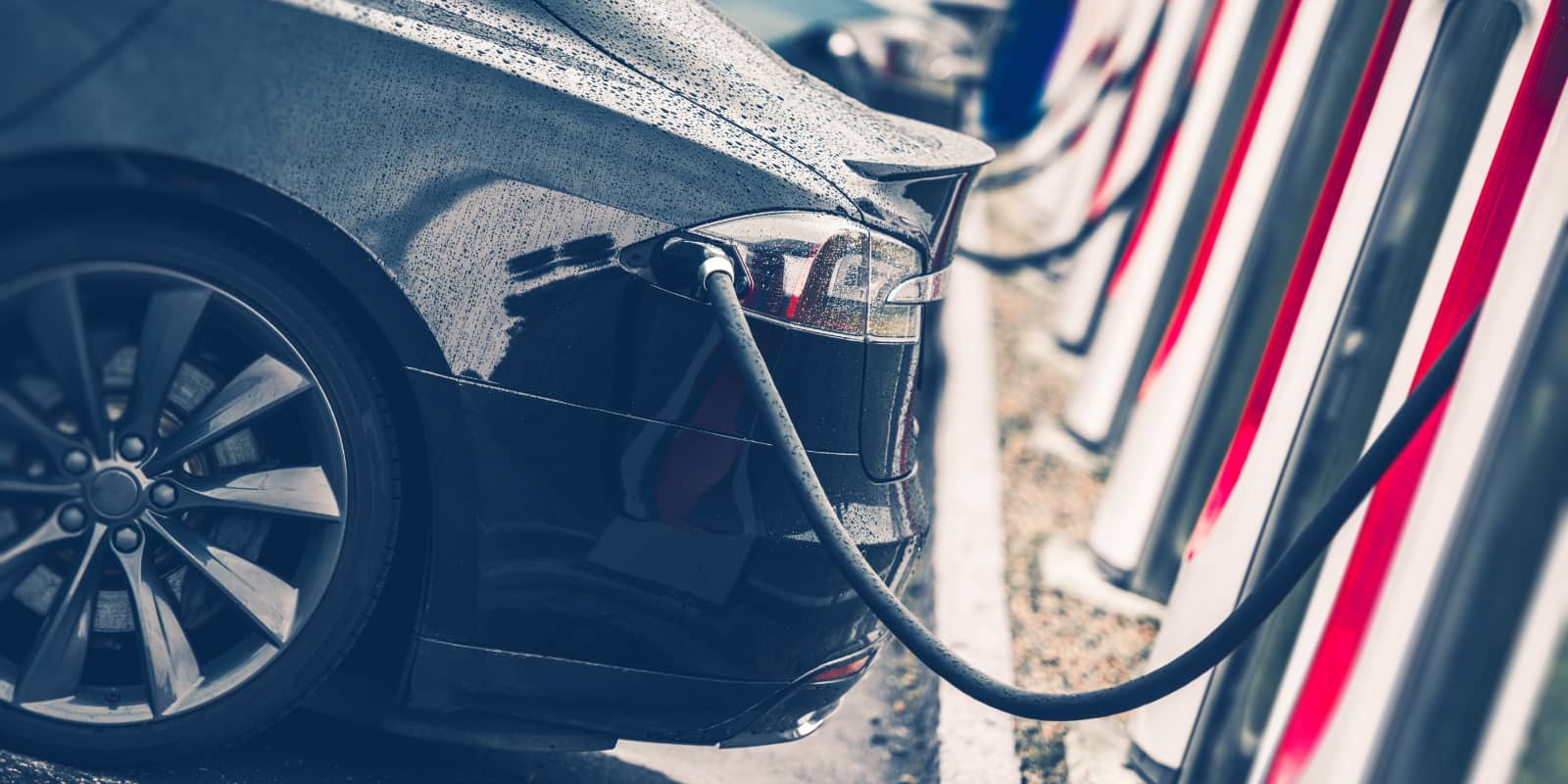 Remember when electric cars seemed like something out of a science fiction movie?

Well, the chances are that you do, because only a few years ago there were virtually none on the roads.

It wasn’t until 2012 that global sales of electric vehicles (EV’s) finally passed the 100,000 mark, with around 25,000 of those sold in Europe. And while 100,000 EV’s might sound like a lot, the figure pales in comparison to the 75 million petrol and diesel cars that were sold around the world that same year.

It was encouraging to see EV’s gaining momentum - but they were still a tiny drip in a very, very large bucket.

Fast-forward to today, and annual sales of EV’s have skyrocketed to more than 2.2 million, with over 500,000 sold in Europe last year alone. Tesla is now the most valuable auto company in the world, and every car brand – from Acura to Volvo – is developing electric vehicles as quickly as it possibly can.

And so, while the bucket is still huge – the drips are getting bigger very quickly.

More than 100 new EV models are coming out in the next two years, ranging from city-friendly hatchbacks to dynamic pickup trucks and hyper-futuristic sportscars. And with distinct advantages such as lower running costs, faster acceleration, and a smaller environmental impact, it’s clear that the EV revolution is only just beginning.

The Rapid Improvements in Battery Technology

When electric cars first entered the public sphere, one of the primary drawbacks was the limited distance they could travel between charges. This led to the coining of the phrase ‘range anxiety’, conjuring up the image of being stranded on a country road or busy highway with a flat battery and not a power point in sight.

Just a few years later, most popular electric vehicles can now comfortably travel 200 miles or more, and the Tesla Model S boasts a range of over 400. Recent data suggests that the average UK motorist drives around 7,500 miles per year, which is an average of less than 21 per day. For the overwhelming majority of motorists, a 200-mile range is more than sufficient – especially considering that most EV’s are topped up to a full charge every evening.

Early EV models also faced concerns about the lifespan of their batteries, as many people were unsure if lithium-ion could be relied upon to power a car for hundreds of thousands of miles. And while all batteries degrade over time, recent data has found that even after six years of driving, the average EV battery pack still retains around 90% of its original capacity. Elon Musk even announced that Tesla will soon unveil a ‘million-mile battery’ that should far outlast the vehicle itself.

The Unique Benefits of Electric Vehicles

Compared to the complex inner-workings of an ICE (internal combustion engine) vehicle, an electric car is refreshingly simple. To put things in perspective, the drivetrain of a standard ICE vehicle contains approximately 2,000 moving parts - while an EV has only around 20.

This minimalism results in electric vehicles requiring far less maintenance, and the attention that is required is generally limited to tires, brakes, and coolant. And because EV’s use regenerative braking - which uses energy from the brakes to charge the batteries - the brake pads can last at least twice as long as those in an ICE vehicle, and according to Elon Musk may never need to be replaced.

Comparing the running cost of electric and petrol vehicles depends on a number of factors including battery capacity, vehicle size, range, and the cost of electricity in the local area. Still, research has found that EV’s can be around 60% cheaper to own than their petrol or diesel equivalents – and less again if they’re charged with on-site renewable energy such as solar panels and batteries.

And while owning an electric car means you'll pay higher electricity bills - you’ll no longer need to fork out any money on petrol or diesel, which costs the average motorist up to £1,265 a year.

What Impact Will Electric Vehicles Have on the Power Grid?

While electric vehicles present a cheaper and cleaner mode of transport – they’re not without challenges. Because they rely on power points instead of petrol bowsers, the rise of EV’s will have some serious repercussions in terms of how we generate, move, and use electricity.

Perhaps the biggest challenge presented by electric vehicles is, as their name suggests, generating enough electricity to power them all.

The most popular EV in Europe is the compact Renault Zoe, the newest version of which has a battery capacity of 52 kilowatt-hours (kWh) and a range of 240 miles. To put this in perspective, the average UK home consumes around 100 kWh of electricity per week, meaning that one full charge of a Zoe would increase the weekly power consumption by 50%.

And so, while charging an electric car is cheaper than filling a petrol tank – our cities are going to need lots of new generation capacity to meet the demand. There are already more than 32,000 electric vehicle charging points in the UK, but experts have projected we will need 25 million by 2050 to sustain electric vehicle infrastructure and meet our ‘net-zero’ climate goals.

Renewables and EV’s Are a Perfect Match

The good news is that the deployment of renewable energy – particularly solar and wind – is accelerating at a record pace. In 2010, the UK had less than 8 gigawatts of renewable energy capacity, but this figure is expected to reach more than 80 gigawatts by 2030 - by which time around 50% of all new UK cars may be electric. 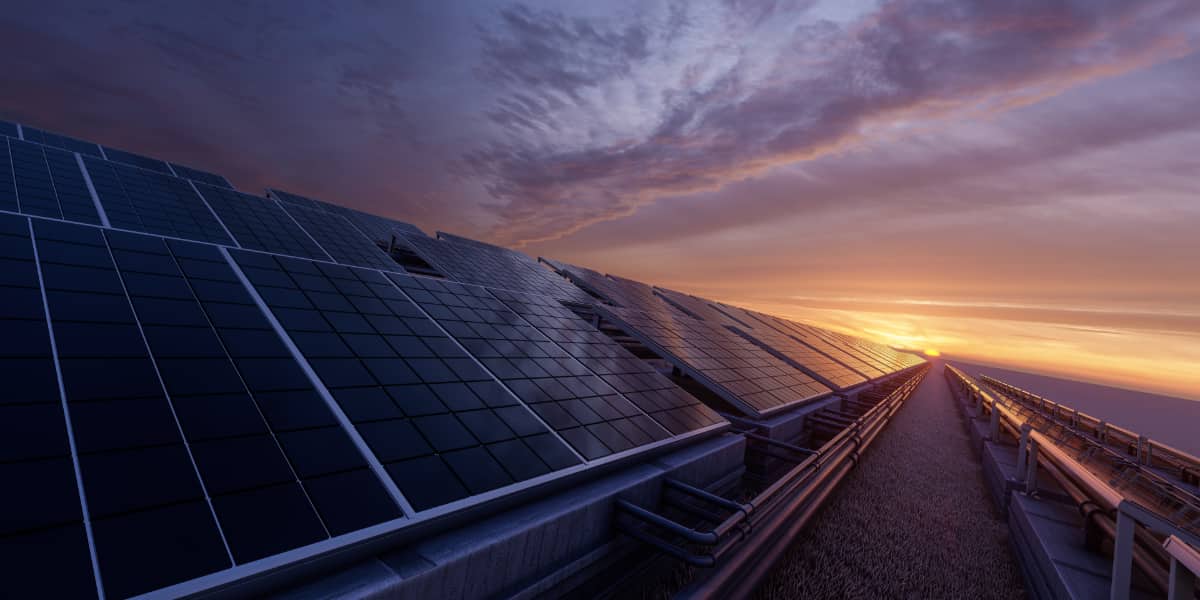 In the first three months of 2020, renewables provided almost half of the UK’s energy needs and set a new record of 67 consecutive coal-free days. The UK now boasts more than 1 million solar-powered houses, and the rising popularity of battery systems such as the Tesla Powerwall is creating the perfect scene for low-cost home EV charging.

Although EV’s require a substantial amount of energy to charge, the same battery technology that powers the vehicles is also helping to create a smarter and more flexible electricity grid. Commercial-scale battery storage is exploding in the UK, as utilities and grid operators quickly realise the unique benefits that large-scale energy systems bring to the table.

With the ability to power thousands of homes, industrial-scale batteries such as the Tesla Megapack essentially work as a massive shock absorber for the grid. They make it easier for network operators to integrate wind and solar (which are often intermittent) and whereas gas and coal plants take hours to ramp up and down - batteries provide immediate electricity on-demand.

With the steady growth of renewables and EV’s – combined with ageing infrastructure – large-scale batteries will play a critical role in future of the UK’s energy supply. And apart from delivering a cleaner, smarter, and more reliable electricity network – big batteries also save utilities and consumers some serious money.

Other Exciting Electric Vehicles in Production

While much of the focus thus far has been on passenger EV’s from the likes of Tesla, Renault, Nissan, BMW, and VW, there are also a host of other electric vehicles in development that will transform many different areas of our society.

As one of the biggest polluters in the world, the transport industry is quickly embracing electric vehicles as a means to reduce carbon emissions and improve city air quality. UPS announced it was deploying 10,000 electric delivery trucks in its fleet, with the option of purchasing an additional 10,000 along the way. The vans are being built by UK startup Arrival which plans to set up a network of ‘microfactories’ that produce custom-made vehicles in the areas of highest demand.

In an even more ambitious move, eCommerce giant Amazon announced it had ordered 100,000 electric delivery vans from Rivian, a company in which it is also a major investor. The vehicles will begin to roll out in 2021 with the entire fleet operational by 2030 - the same year that Amazon has pledged to be powered by 100% renewable energy.

While Tesla’s all-electric semi-truck has grabbed most of the headlines - and perhaps rightly so – there's currently an exploding market for long-haul electric transport. Daimler, the largest truck maker in the world, has announced an all-electric truck for release in 2021 called the Freightliner eCascadia. The futuristic-looking vehicle has a range of 250 miles and can achieve an 80% charge in just 90 minutes.

Chinese battery giant BYD also has a range of all-electric trucks in development, for applications such as waste collection, towing, and short-distance transport. BYD is focusing on large companies and city councils looking to electrify their operations and reduce carbon emissions.

Nikola Motors, who some are tipping to become Tesla’s biggest competitor, has announced a selection of electric trucks powered by batteries and hydrogen fuel cells. While the company has made more than a few eyebrow-raising claims in terms of range, weight, speed, and cost – Nikola is still yet to confirm any release dates.

Busses are one of the most effective forms of mass transport, but they’re also responsible for significant carbon emissions. In the UK, busses drive more than 3 billion miles a year and produce more than 4 million tons of Co2. To combat this, the UK government has announced £50 million to create England’s first all-electric bus town, aiming for a fleet of 200 busses by 2025.

Arrival, who will be supplying electric delivery trucks to UPS, has also announced an all-electric bus that it plans to manufacture in small factories around the UK.

In the US, the city of Los Angeles recently ordered 155 electric busses from BYD, as part of its goal to reach 100% emission-free vehicles in time for the 2028 Olympics.

How Will Electric Vehicles Change Our Cities?

Although the percentage of EV’s on European roads is still relatively small, the numbers are expected to explode over the next ten years. One report suggests that 20% of all new cars sold will be electric by 2026, and the UK government is considering a green car scrappage scheme in its COVID-19 recovery plan that would offer £6,000 to swap an ICE vehicle for a new electric model.

This news follows the announcement that the UK will ban sales of new ICE vehicles by 2035 – five years earlier than initially planned – in a bid to eliminate fossil-fuel transport once and for all.

Electric vehicles present a multitude of benefits to individuals and cities such as improved air quality, significantly reduced traffic noise, flexible charging, and even improved safety during accidents. And while there’s a growing public appetite for EV’s, there are still questions to be answered regarding how many charging stations we need, where they will be located, and how we will create all of the electricity required to power them.

But with the UK now a world leader in renewable energy, a vast array of new EV models hitting the market in the next two years, and a fixed end-point to ICE vehicle sales, the writing is well and truly on the wall for petrol and diesel companies.

Nobody knows what the future of transport will look like, but it’s clear that one way or another our vehicles will be cleaner, quieter, safer, and cheaper to run than they are today.

And considering that petrol cars had more than a 100-year head start, you can’t help but think that when it comes to electric vehicles - we haven’t seen anything yet. 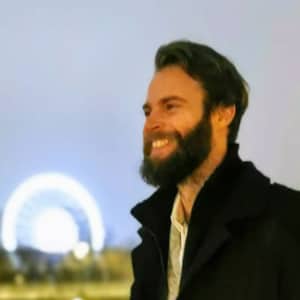 Matthew Devitt is an eco-copywriter and native Australian, now based in Germany. He’s written extensively on the environment, green technology, renewable energy and sustainability.