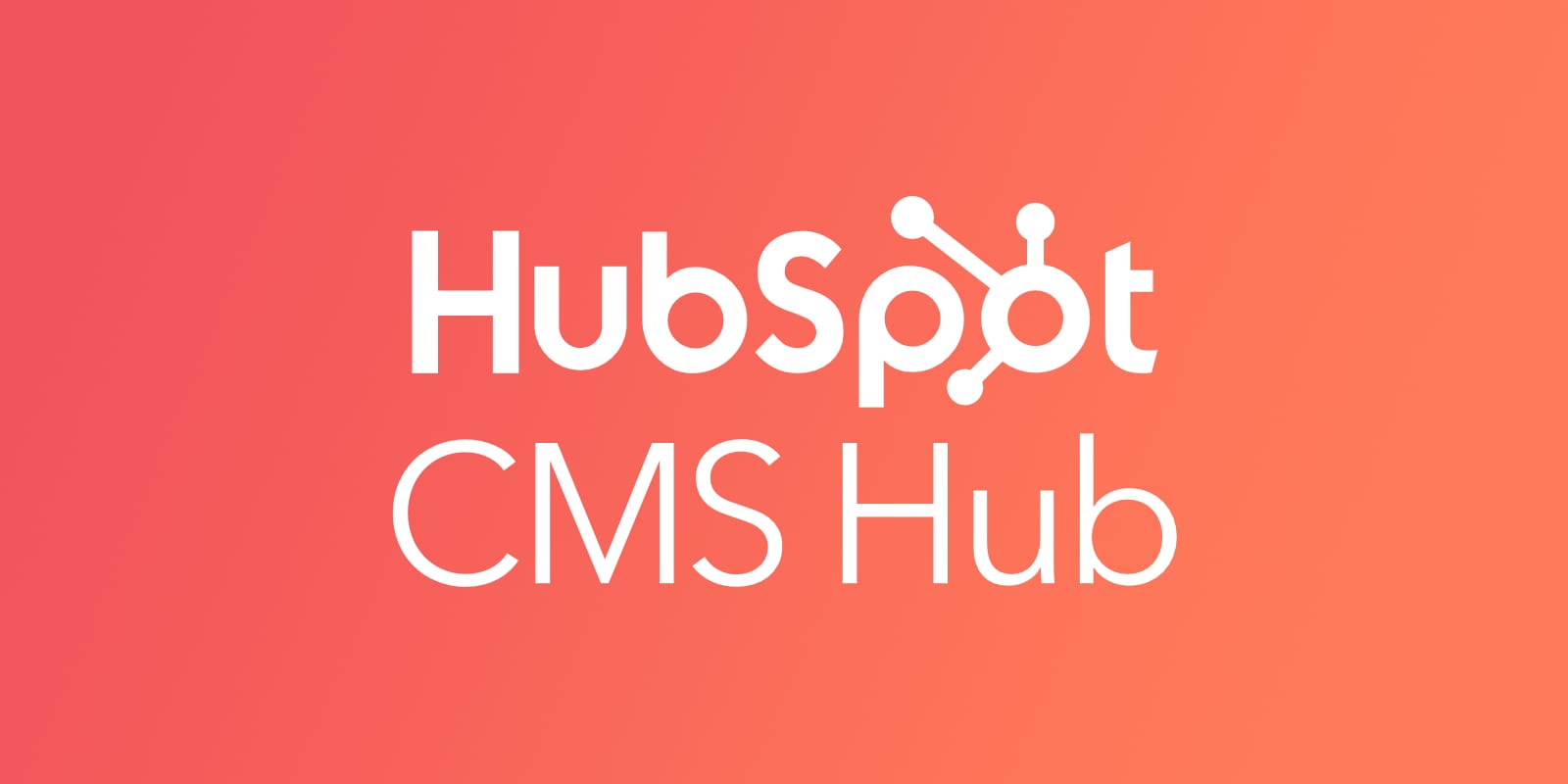 I’ve been tinkering with the HubSpot CMS for several years now, and have always considered the possibility of moving our site across to it … but never quite got around to actually doing so. Then, last month, HubSpot announced their CMS was getting a major upgrade, and was becoming ‘CMS Hub’ - the fourth major product on the HubSpot platform. I decided it was time to take another look at it, and very quickly made the decision to make the switch. In this post I’ll set out the reasons why, after more than a decade, we’re finally breaking up with Wordpress.

Falling out of love with Wordpress

I first started using Wordpress somewhere around 2009, quickly fell in love with it, and have been a proud champion of the platform ever since. However, I’ve had the lingering sense for some time that Wordpress has been going through a bit of an identity crisis. It no longer seems to know what it is, why it exists or what it wants to be going forward, and as a result has stagnated.

The recent Gutenberg update - the first major UI redesign of the Wordpress experience in years - was so poorly received that a plugin that restores the “classic” editor has been installed on more than five million sites (and climbing). Despite the unpopularity of their new approach, Wordpress appear to be doubling-down, and are continuing to rollout additional features for Gutenberg.

And whilst is was once the default option for creating a website for a new venture, Wordpress is beginning to lose ground (at least at the low-end) to paid solutions like Squarespace and Wix, the former in particular having made it almost impossible to watch a YouTube video or listen to a podcast without encountering one of their ads. These platforms have massively simplified the experience of creating a website, making it affordable, fast and easy to get your content online.

Squarespace does things right out of the box that core Wordpress has never done (and probably never will do) - forms, SEO, podcast hosting, eCommerce, even domain registration and hosting. You can reasonably argue that Wordpress doesn’t want to do any of these things, which is absolutely fine. But the reality is that the very idea of what a CMS is and what it can do is changing rapidly, and Wordpress’ refusal to evolve is only adding more fuel to the argument that it is not (and has never been) a “proper” content management system.

The opportunity HubSpot have identified is for someone (them) to create an equivalent “bundled” CMS that is user-friendly and has all of the bells and whistles, but is built for the professional and enterprise market. I was already considering a website upgrade prior to CMS Hub being announced, but was reluctant to commit to Wordpress for another few years. The CMS Hub announcement last month came at the perfect moment for our business, and basically made the decision for me.

The content tools in HubSpot have always been excellent, but there have been two persistent objections that I’ve encountered repeatedly when recommending them to customers.

Firstly, if the customer already has a website, going all in on HubSpot for their blog and / or landing pages means they now have two locations in which to manage their content. This is by no means the end of the world, but it has been a point of friction, and it’s not uncommon (in my experience) for HubSpot users to avoid the content publication tools entirely, preferring instead to concentrate on the CRM, email marketing and automation tools.

Secondly, one of the frustrating technical limitations of HubSpot’s content publication tools has always been that content could only be hosted on a sub-domain (such as blog.domain.com), entirely separate from the primary website (www.domain.com). The issue with this is that in the eyes of Google, these are considered as two entirely independent websites, and any “SEO value” generated from the blog site is not shared with the primary site.

The new CMS Hub eradicates both of these problems. You can now host all of your website pages, your blog and your landing pages on HubSpot, meaning you and your team have a single, dedicated space to manage _all_ of your content. In addition, because your website pages are hosted in the same place as your blog and landing pages, your primary domain (www.domain.com) is freed up for use exclusively by HubSpot.

HubSpot have been positioning themselves as an “all-on-one” platform for the last couple of years, and the launch of the CMS Hub has undoubtedly made their claim to this title infinitely stronger.

The bigger they are, the harder they fall. - Confucius (...probably)

Wordpress has been the Internet’s most-used content management system for years now, capturing more than 60% of the market as of 2020.

This dominance, combined with its open source codebase, makes Wordpress sites an easy target for hackers, script kiddies and other nefarious characters. And unfortunately once a Wordpress site has been targeted, it’s incredibly difficult to shake off the barrage of bots and brute force attacks that are trying to gain access to your site. In addition, the constant stream of core and plugin updates is difficult to manage, particularly for startups and smaller businesses who may not have the budget for ongoing agency support.

HubSpot’s ‘CMS as a Service’ model does away with these issues. New feature rollouts and updates are handled by HubSpot, and there are never any plugins or patches that need to be installed. And if that weren’t enough, HubSpot uses “enterprise-grade firewalling, routing, intrusion prevention, and behaviour analytics capabilities to protect infrastructure and thwart attacks” across the board, not to mention the other built in features like two-factor authentication.

I am by no objective measure a developer. I can write HTML & CSS, and over the years have built up an extensive code library of PHP snippets that I’ve been able to rely upon when building Wordpress sites, but that’s about as far as my knowledge will carry me.

Having spent the last few weeks working on migrating this site over to the CMS Hub, I have been both amazed and delighted at just how simple, intuitive and user-friendly the HubSpot developer tools are. Functions that would have taken lines and lines of complicated code in Wordpress can be deployed in HubSpot using short, legible snippets. The official documentation is extensive and easy to understand. The code makes logical sense, and even for someone like me who’s not a skilled developer, I can quite quickly visualise and comprehend how custom modules & templates need to be assembled.

HubSpot have democratised website development, in a sense. Whilst you’ll still undoubtedly need a professional developer for advanced builds, any marketer with a modicum of HTML, CSS and scripting knowledge should be able to build basic functionality from scratch, which is incredibly exciting.

The importance of branding & positioning

Back in 2019, Apple fans all across the world rejoiced when the company announced iPadOS, a version of iOS that included features specifically for the iPad. At the time, Samuel Axon wrote on Ars Technica:

Apple is communicating its intentions with this branding — not just for this year’s update, but for upcoming years’ releases as well.

I get the sense that HubSpot is doing something very similar here. The CMS is now officially HubSpot’s fourth product “Hub”, which means it has been elevated from an add-on to a core part of the platform. I anticipate we’re going to see more regular feature updates throughout the year, and a significant upgrade to the amount of time dedicated to CMS Hub during the HubSpot Product Spotlight at INBOUND.

HubSpot have huge plans for CMS Hub, but are naturally playing their cards pretty close to their chest regarding what is yet to come. But if we were to enter the realm of rampant speculation for a moment, when I personally think about what the next decade of the web might look like and what HubSpot’s role in that future could be, the one idea that I keep coming back to is personalisation.

Everyday Internet users have become accustomed to personalised experiences, whether on Facebook, Netflix or Amazon. As the technology and innovation that has been utilised on these sites begins to trickle down to the mainstream, there will soon come a time where personalisation is not just accepted, but expected as the norm.

With deeply integrated marketing, sales, service and now website tools, nobody is better placed to deliver on this vision than HubSpot. Their customers are already leveraging tools like smart content and automation to create hyper-personalised experiences, and I expect the CMS Hub will massively accelerate this trend.

It’s an exciting time to be a HubSpot customer. The CMS Hub is a terrific addition to the platform, and word on the street is that we’ll be seeing a whole lot more coming out of HubSpot HQ over the course of this year (🤐). Stay tuned!

Who the eff is this guy? 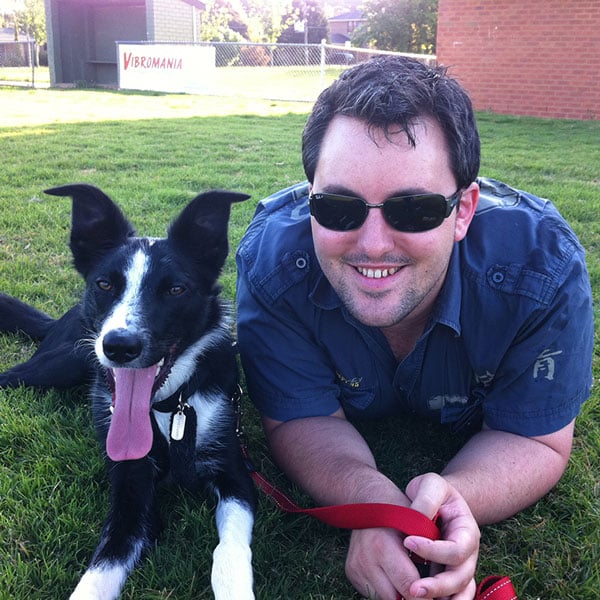 By day, Chris Higgins is the HubSpot nerd behind Electric Monk. By night, he's an aspiring pizza chef, mediocre magician and connoisseur of fine pop culture.

When he’s not finding HubSpot interesting so you don’t have to, he enjoys travelling, teaching his 4-year-old nephew about glam metal and writing in the third person.

The wise speak only of what they know.

Sign up for my newsletter and that’s what you’ll get: useful stuff I know about HubSpot and the apps that integrate with it.

Ready to get shit done in HubSpot?